“Nearly all the best things that came to me in life have been unexpected, unplanned by me.” ~ Carl Sandburg

On Thanksgiving morning, my table was set beautifully for 18 guests. 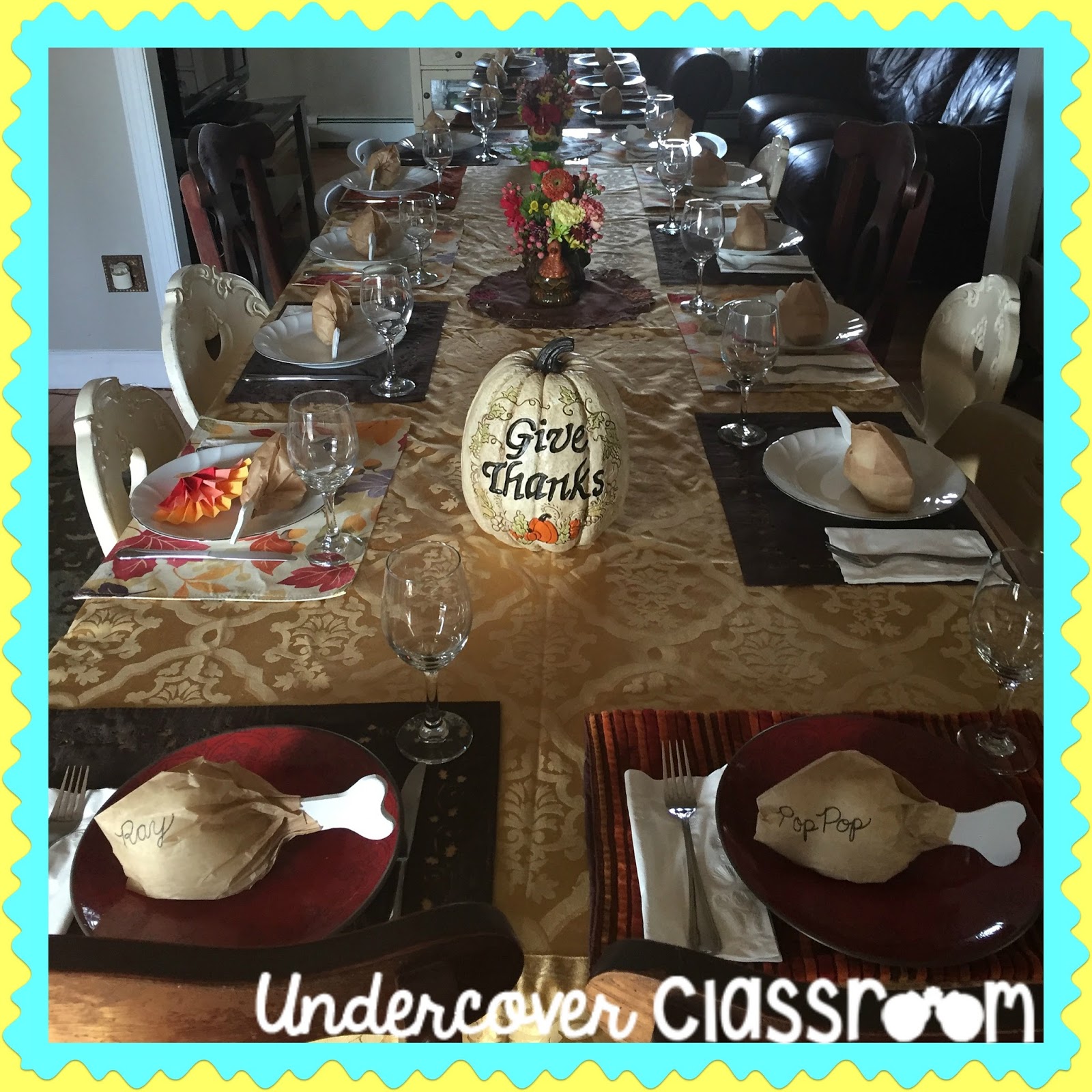 Then the phone rang.

My little sister called to tell me that she would be bringing a guest to dinner this year. This would not be just an ordinary guest. This special guest would be one of my former students!

Those who know me well can now laugh at the thought of me running around the house frantically trying to prepare for an extra place setting and make everything perfect.

Let’s just say that on a scale of 1 to 10, I am a 10 20 in terms of anxiety when company is coming. According to my husband, this is what I act like in the hours before a party. I completely disagree. This is not at all what I act like.

Okay. I admit it. I have a problem. I do *kind of* look like that, even when my guests are not former students.

Once everything was in place and my blood pressure had returned to normal, I was able to appreciate the beauty of this unexpected circumstance.

Let me tell you about Colby. Colby was a second grade student in my very first class, back in the 1997/1998 school year. I found this picture in a box this morning. It shows his smiling face exactly as I remember it when he was seven years old. We were putting on a Jack and the Beanstalk play. There I am standing behind the beanstalk. I was 21 years old and fresh out of college. 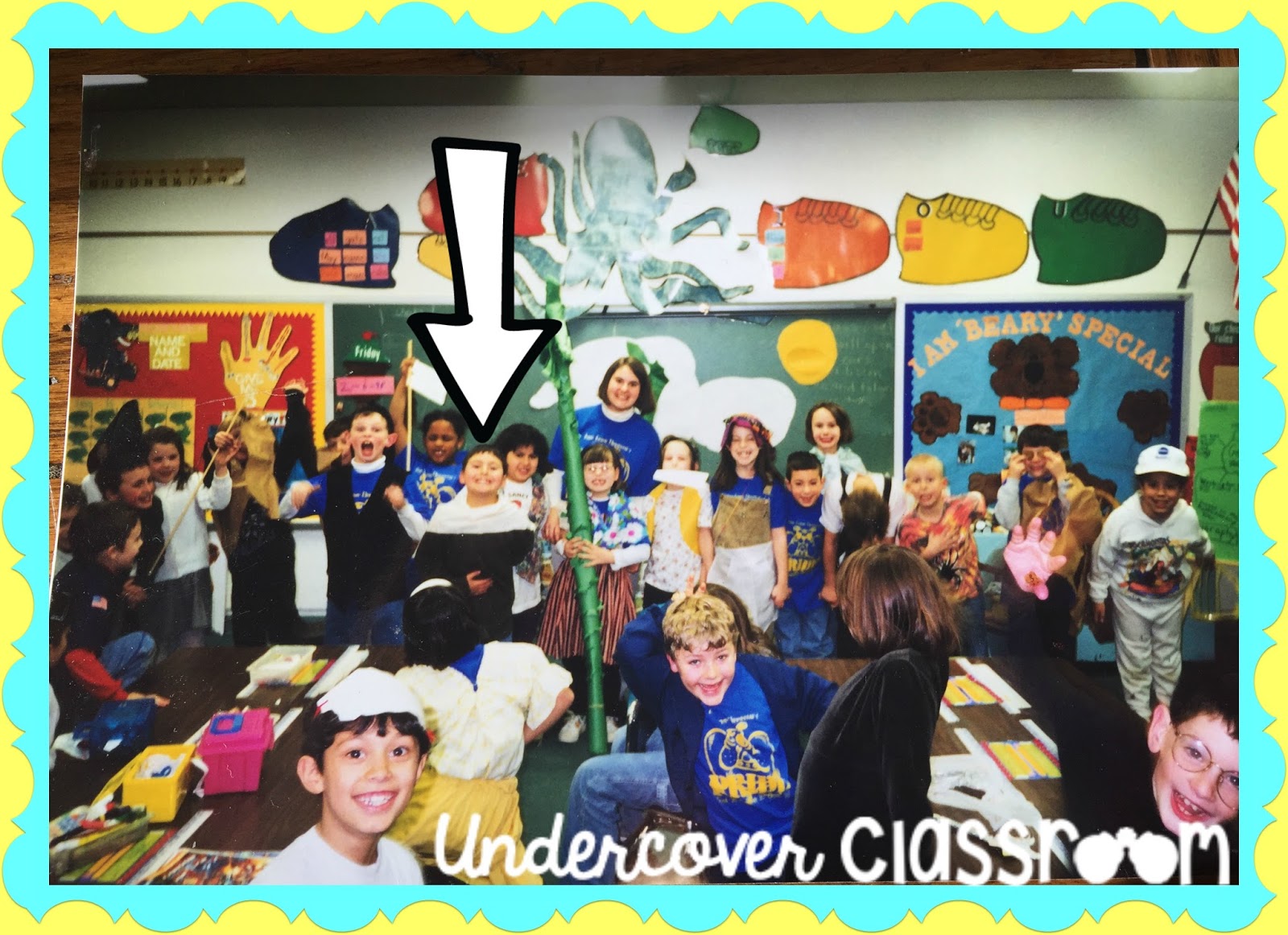 I remember Colby like it was yesterday. I can still remember the big, round curves of his second grade printing. I bet I could still identify his handwriting in a line up.

Colby was full of spirit. He loved to tell stories and make us laugh. He was curious and impulsive. Lucky for him, he had those big, brown puppy dog eyes that saved him every time. 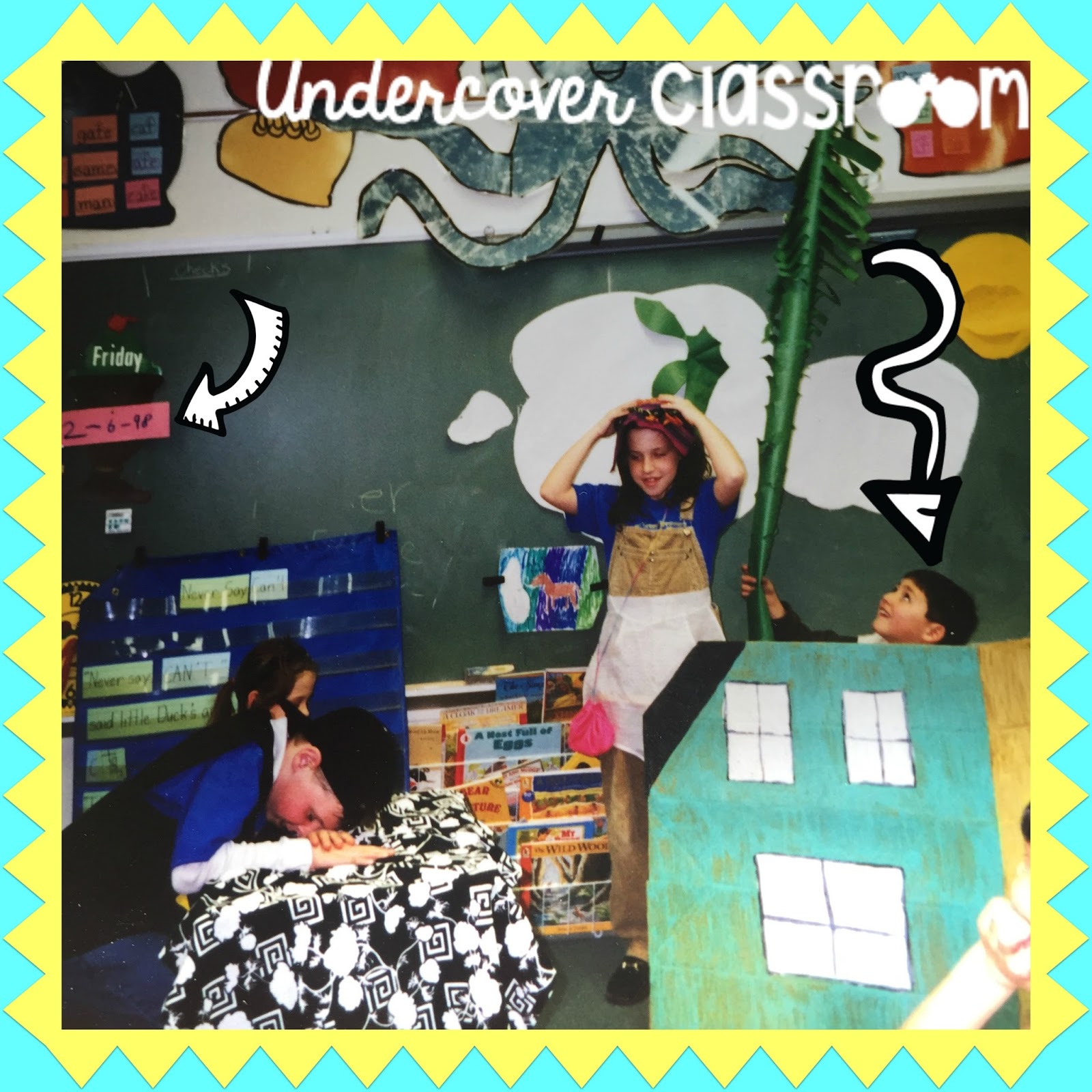 And here is Colby today at the age of 26! That is my sister in the picture with him. 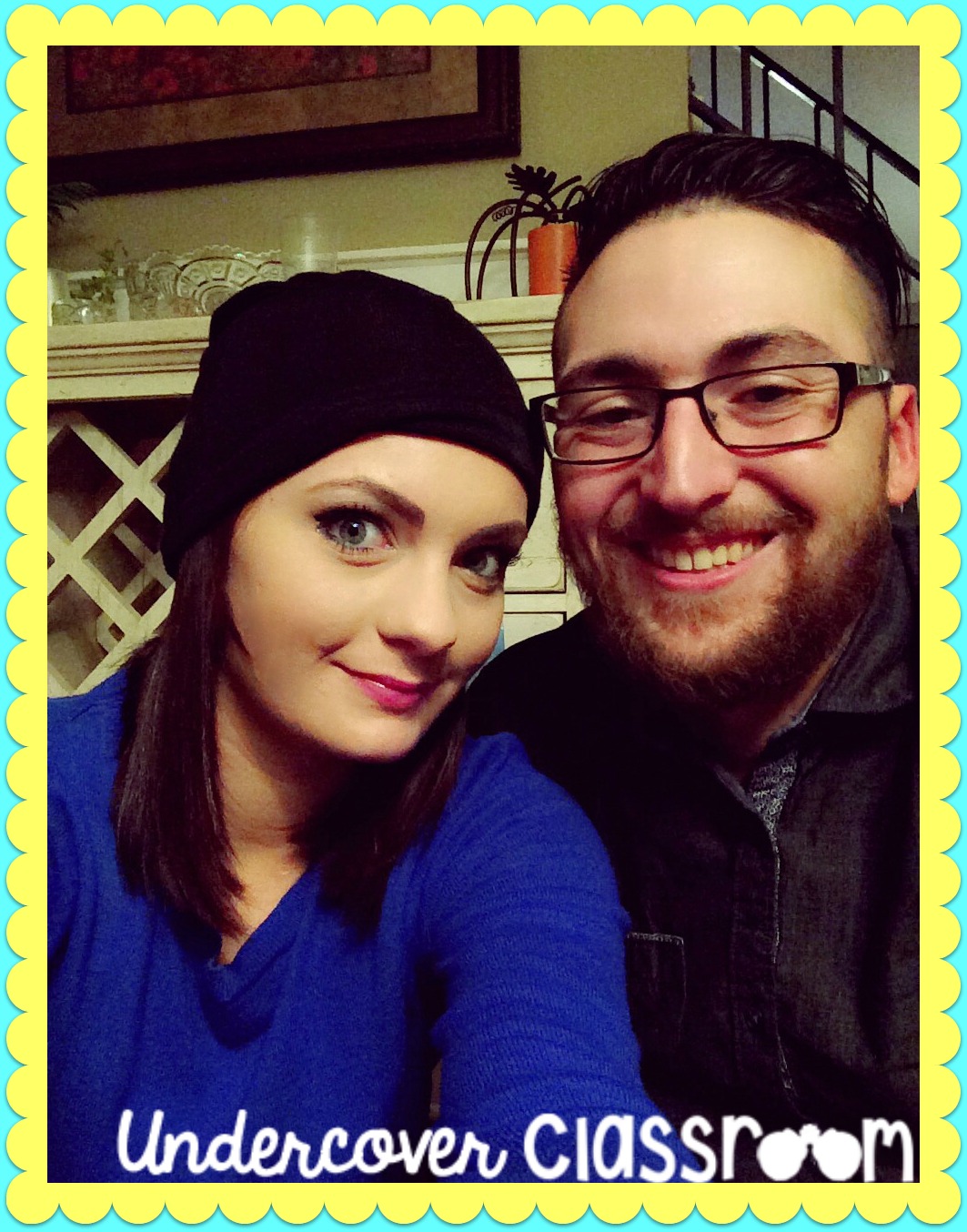 How strange but wonderful it is to reunite with a student after 18 years. The young child I once knew so well was now suddenly standing at my front door as an adult! We greeted each other with a hug and I just had to stand back and stare at him for a few minutes in disbelief. How did the years pass by so quickly? His eyes were exactly the same, but the beard and tattoos took a few extra minutes to absorb.

Adult Colby was just as cute and sweet as I remember him from my first year of teaching. We reminisced a bit about his second grade bowl haircuts and penny loafers. He told me that he remembered (and still has) the books he published with me in second grade. We celebrated Thanksgiving with a delicious meal and played a dice game together. He still has that same laugh and smile.

What an unexpected blessing I received this Thanksgiving. You just never know what surprise awaits you around the next corner. It could be the 19th guest at your dinner party. If you had the opportunity to reunite with a former student, which one would it be? Has this ever happened to you?