I decided to make sock snowmen with my students this year. Cute, huh? Well, I must have been feeling really ambitious that day. I’ll be honest. This was one of those special crafts that turned out to be a lot more costly than I had originally anticipated.

I’m sure that you can relate. You know those projects where you start out thinking, “Oh, I can easily make this for about a dollar per student.” Then, the next thing you know, you realize that all the grocery money is gone. Yeah, that was this project.

Apparently I am terrible at estimating. How many pounds of rice do you think it would take to fill 25 sock snowmen? I’ll reveal that answer shortly. First, let me show you how we made the snowmen. I set up the first part of this craft as a station. Students came back one at a time to fill each part of the snowman. The base of each snowman took two cups of rice. I used a 1/4 cup measuring scoop in a big bowl of rice. To minimize spills, it was helpful to hold the entire sock over the bowl when filling. I used a bar model to illustrate that it would take 8 scoops of rice. We had to practice making level (not heaping) scoops. We closed off each section of the snowman with a rubber band. I checked each one and tightened as needed. For the middle part of the snowman, we used 1 and 1/2 cups of rice. Since we used a 1/4 measuring scoop, this took 6 level scoops. You can see from the picture that some students were better at measuring than others. The top part of the snowman took 1 and 1/4 cups of rice, or 5 level scoops in our case. We secured that last part with a rubber band and then folded the rest of the sock over to look like a hat. At this point, the socks actually started to look like snowmen. Yay! Then for the fun part! It was finally time to decorate. I set up a smorgasbord of snowman accessories. I had pre-cut the scarves from some fabric scraps I had at home. The little sticks came from a cherry tree in my backyard.

This part required a glue gun, so I recruited a few parent helpers to come in and work one-on-one with each student. The resulting snowmen were just so adorable. I attempted to keep them all for myself, but that didn’t go over so well with the kids. 😉 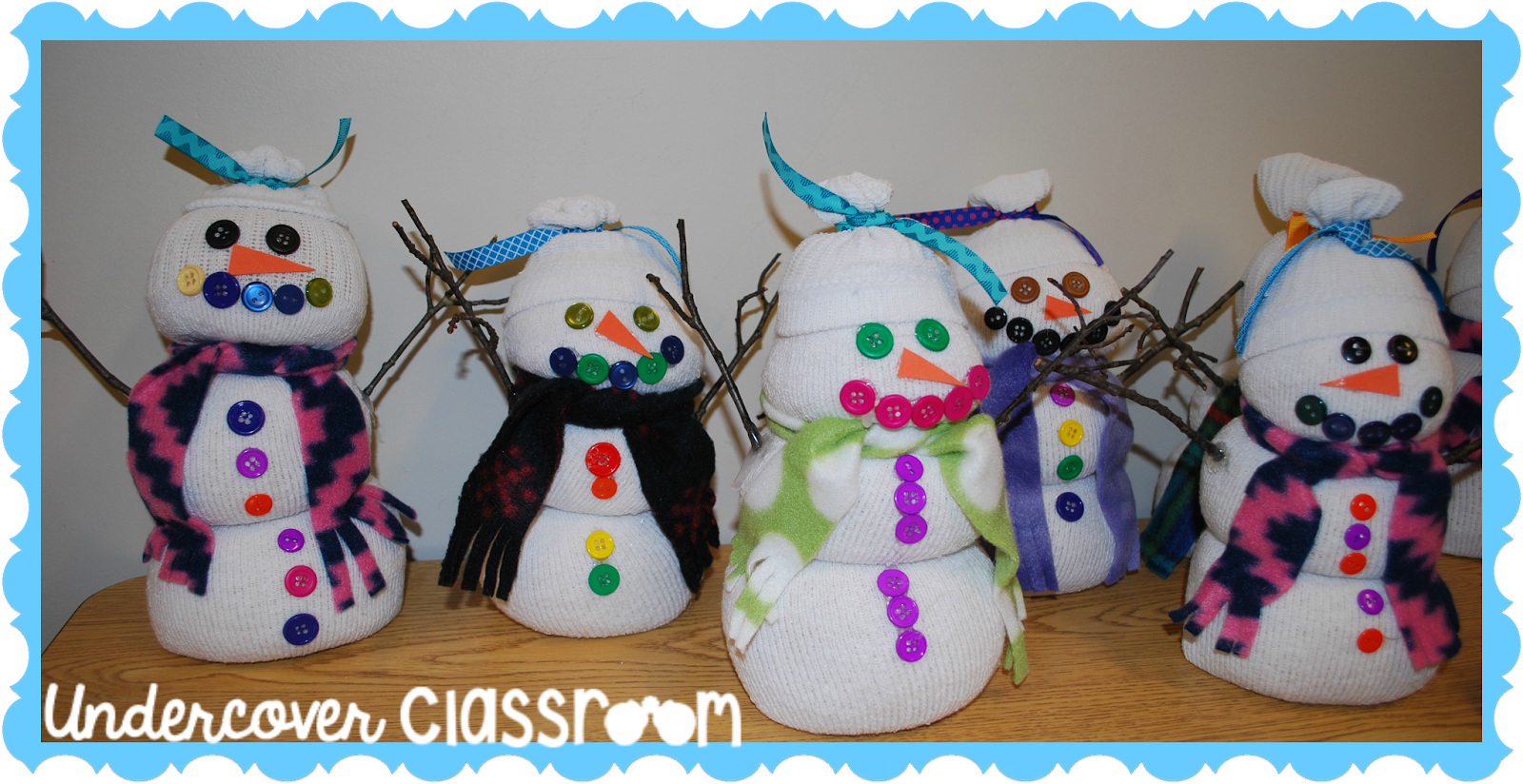 So, I’ll have to chalk this one up to experience. Will I make them again next winter? Hmmmm. I guess I have a whole year to decide if 60 pounds of rice was worth it. What do you think?