I made a class set of student privacy folders during the summer after my first year of teaching. They were only made out of laminated poster board, but held up surprisingly well for nearly two decades! It was finally time for those old privacy folders to retire, so I decided to make some new ones that should hopefully last until I am ready to retire. 🙂 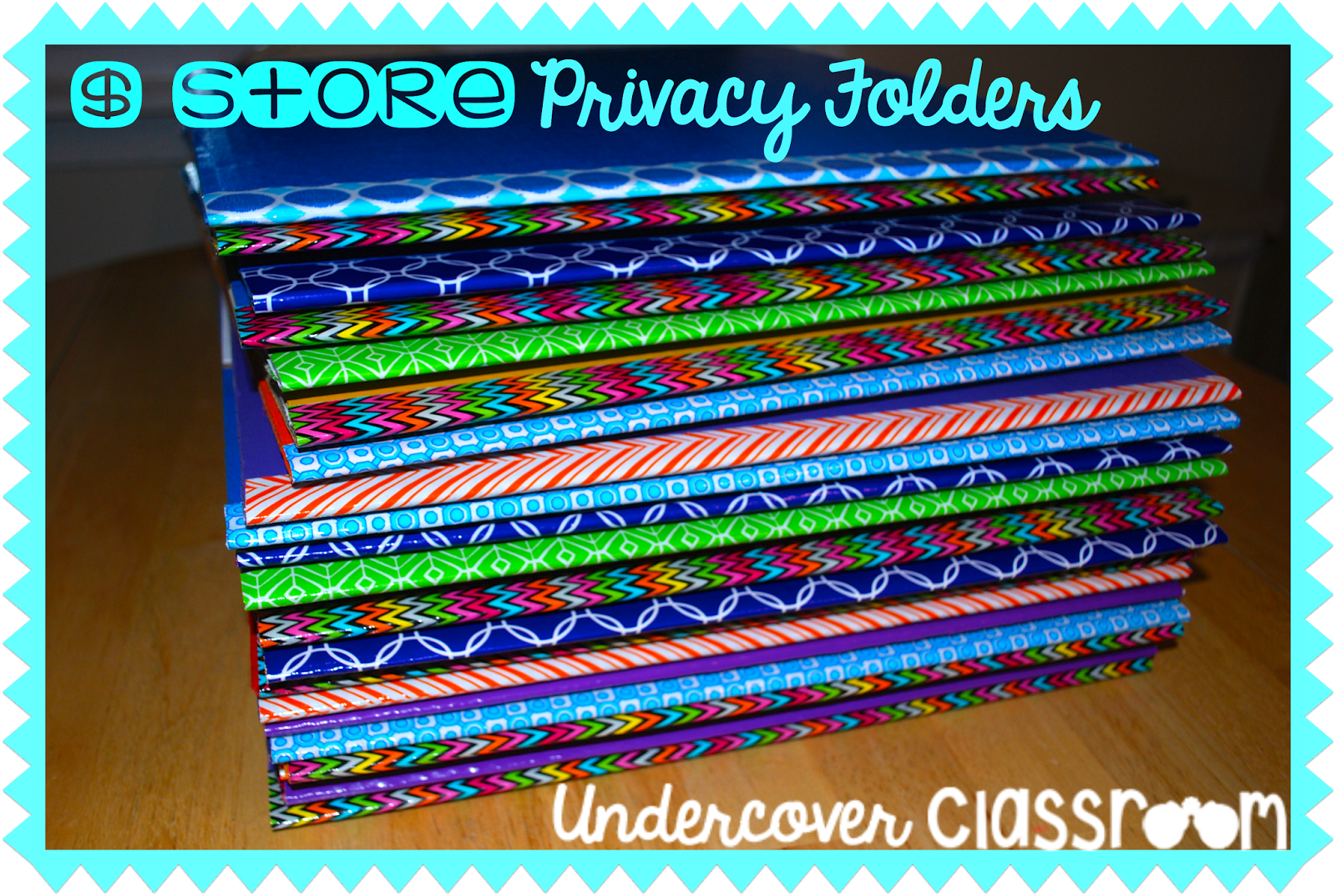 Have you checked out the price of store-bought privacy folders? They cost about $80 (plus shipping) for a set of 24 folders. Ouch! I made mine for less than half of the price, and they are much more unique and colorful. If you want to make yourself a set, head on over to the dollar store and pick yourself up some of these project display boards. 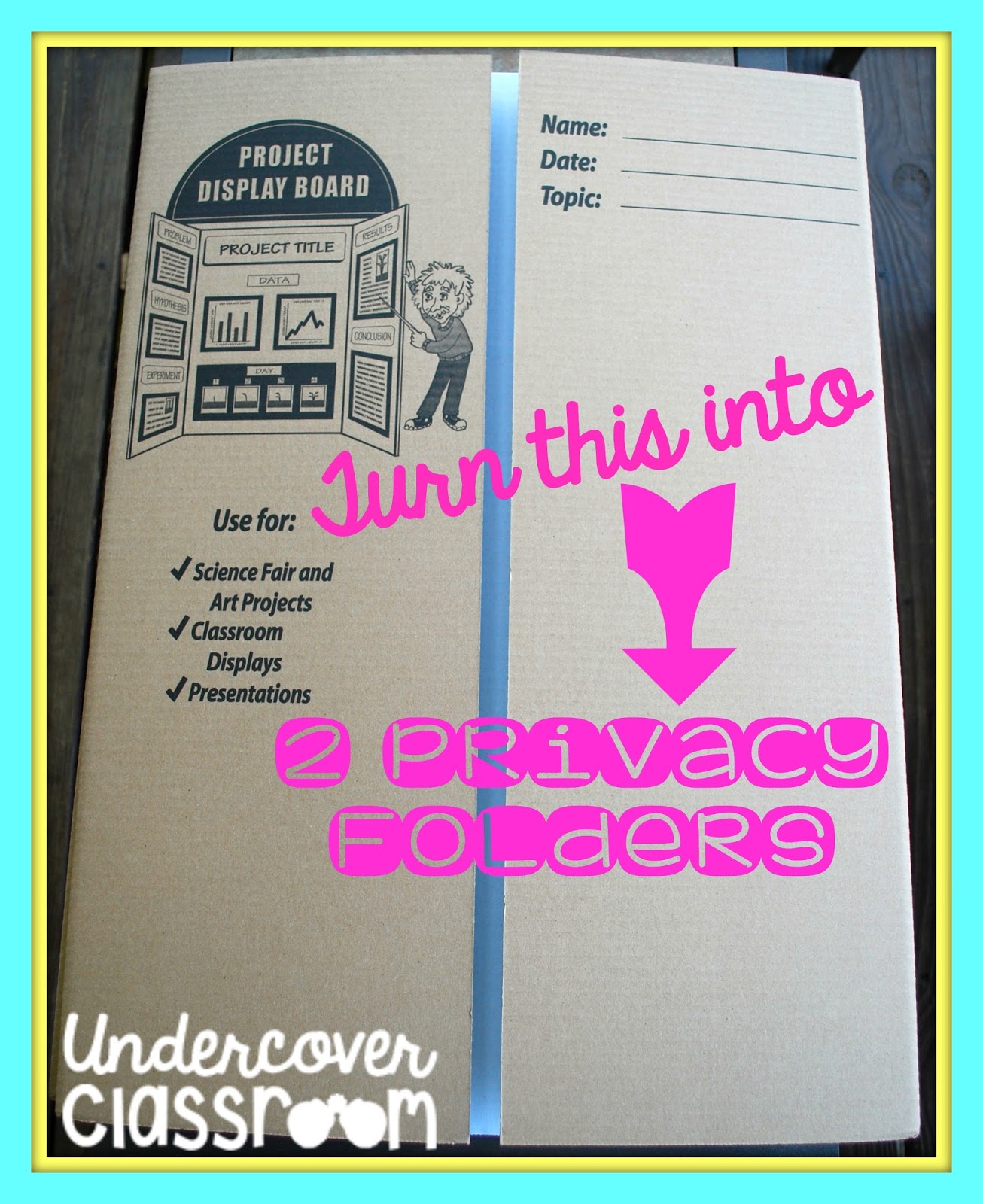 Each board will make two privacy folders. I bought 14 display boards to make 28 folders. Here is a picture of the final product. Notice that I shortened the length of the center part of the display board so it will fit better on a desk. The following pictures will show you how I cut and assembled the privacy folders.

First, cut each display board in half. The half-way mark on my display board was a little shy of 14 inches. I used a T-square ruler and a razor blade to make a nice, straight line. Once I cut the first display board, I just used that one as a template to measure all of the others. 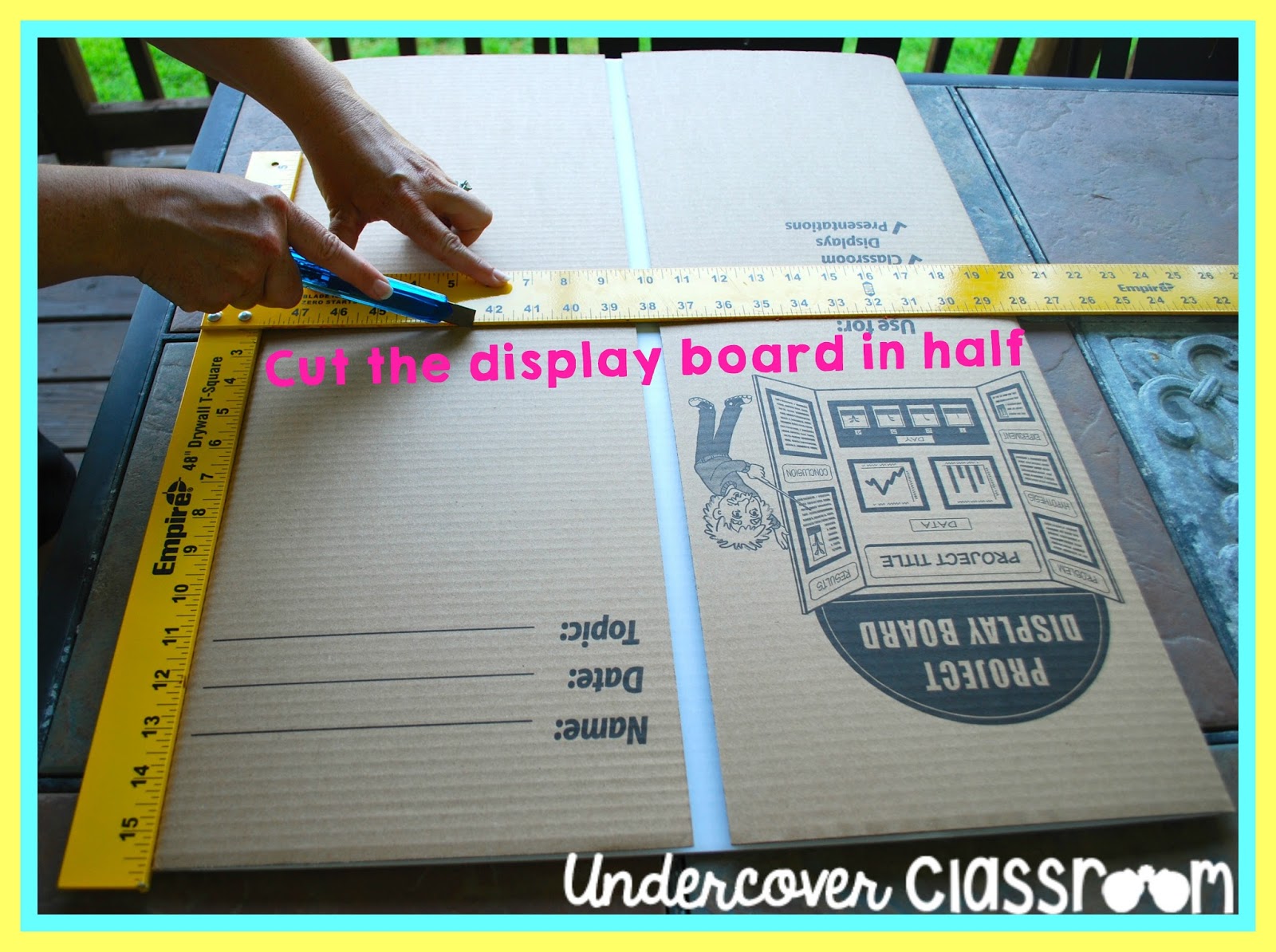 Next, open up one of the privacy folders and measure 15 inches across the center part. Cut on that line as pictured. 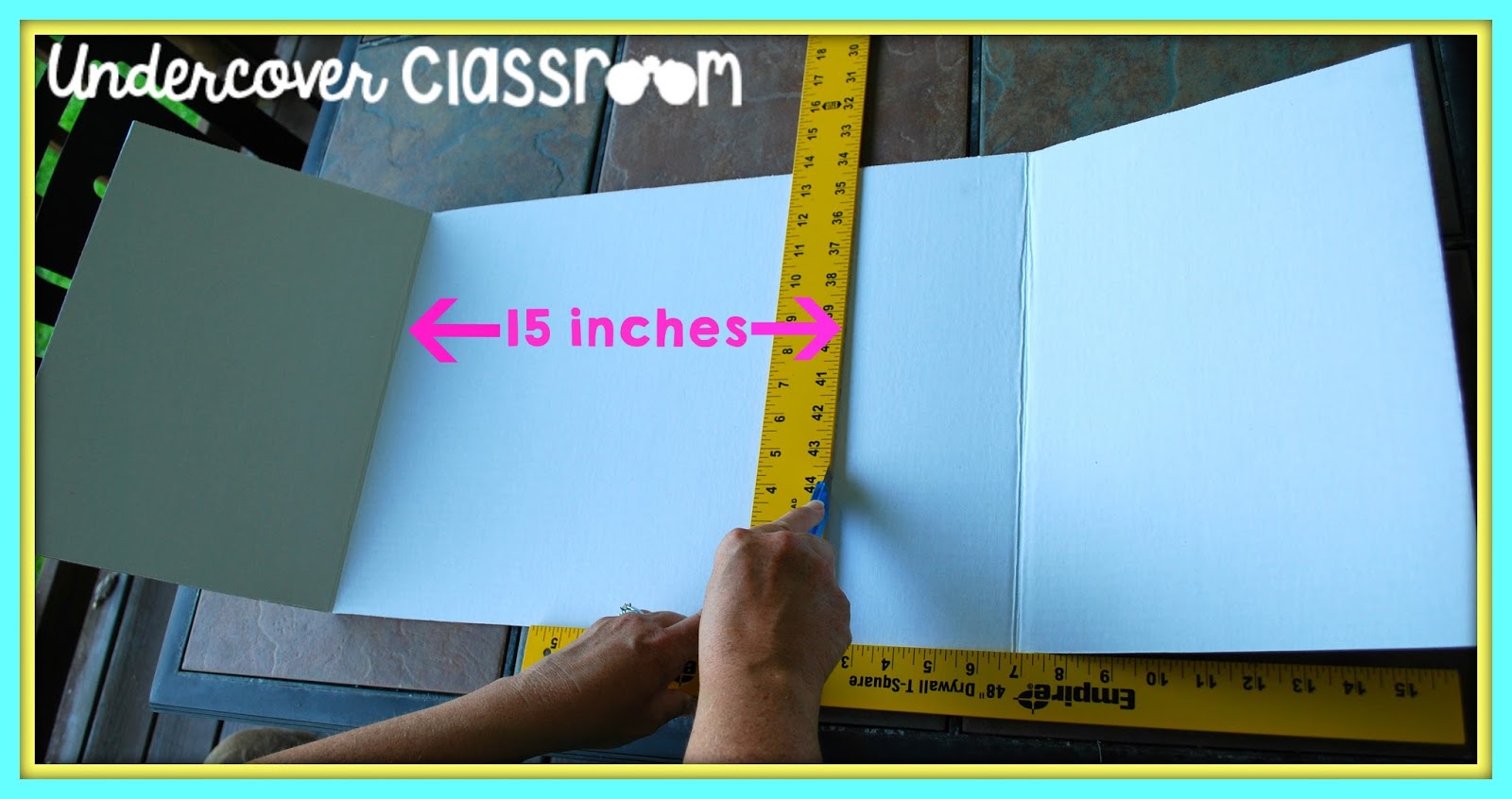 You will remove part of the center section and then reattach the side with duct tape. 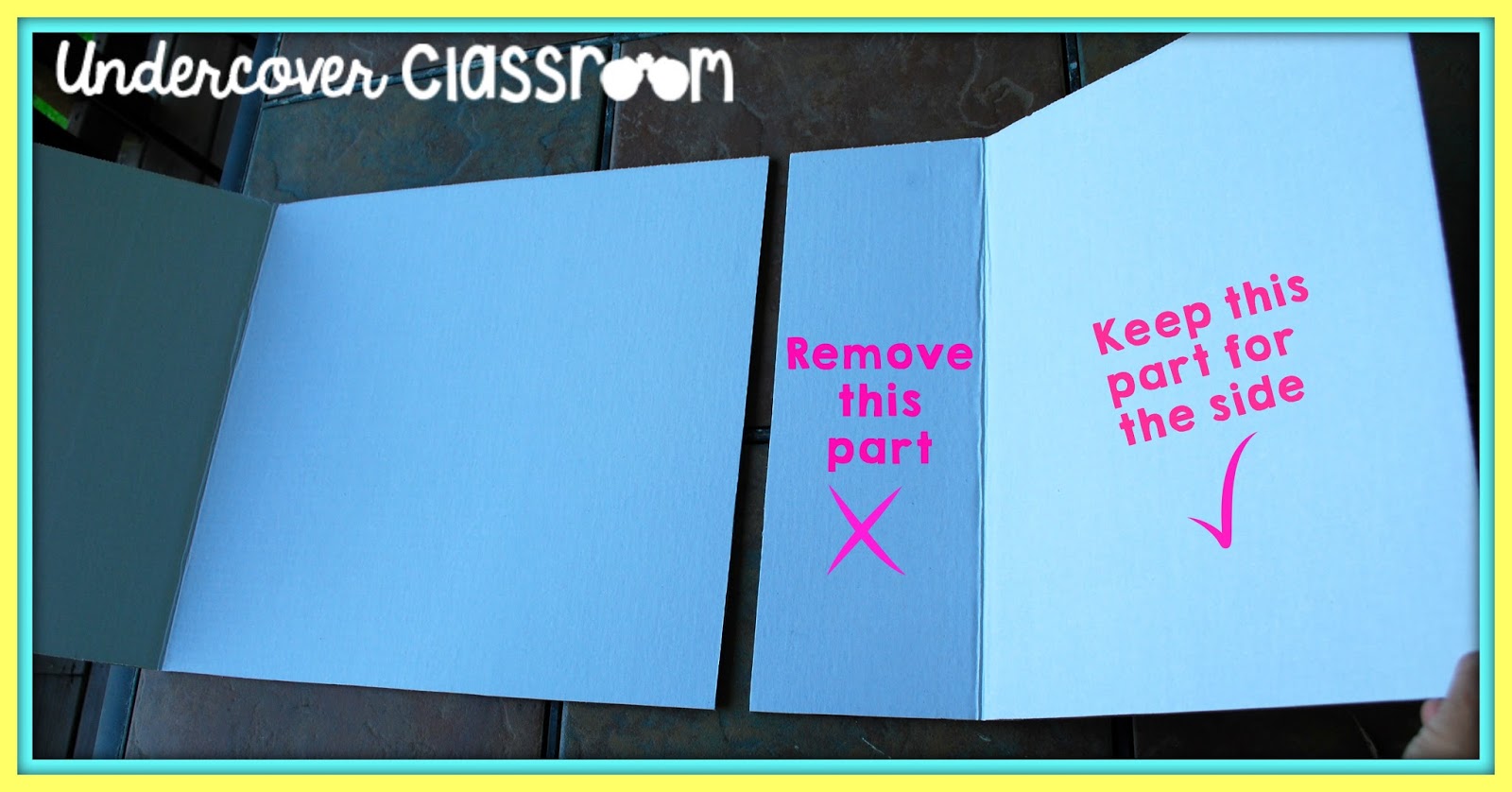 Cut at the crease so you can remove that section. 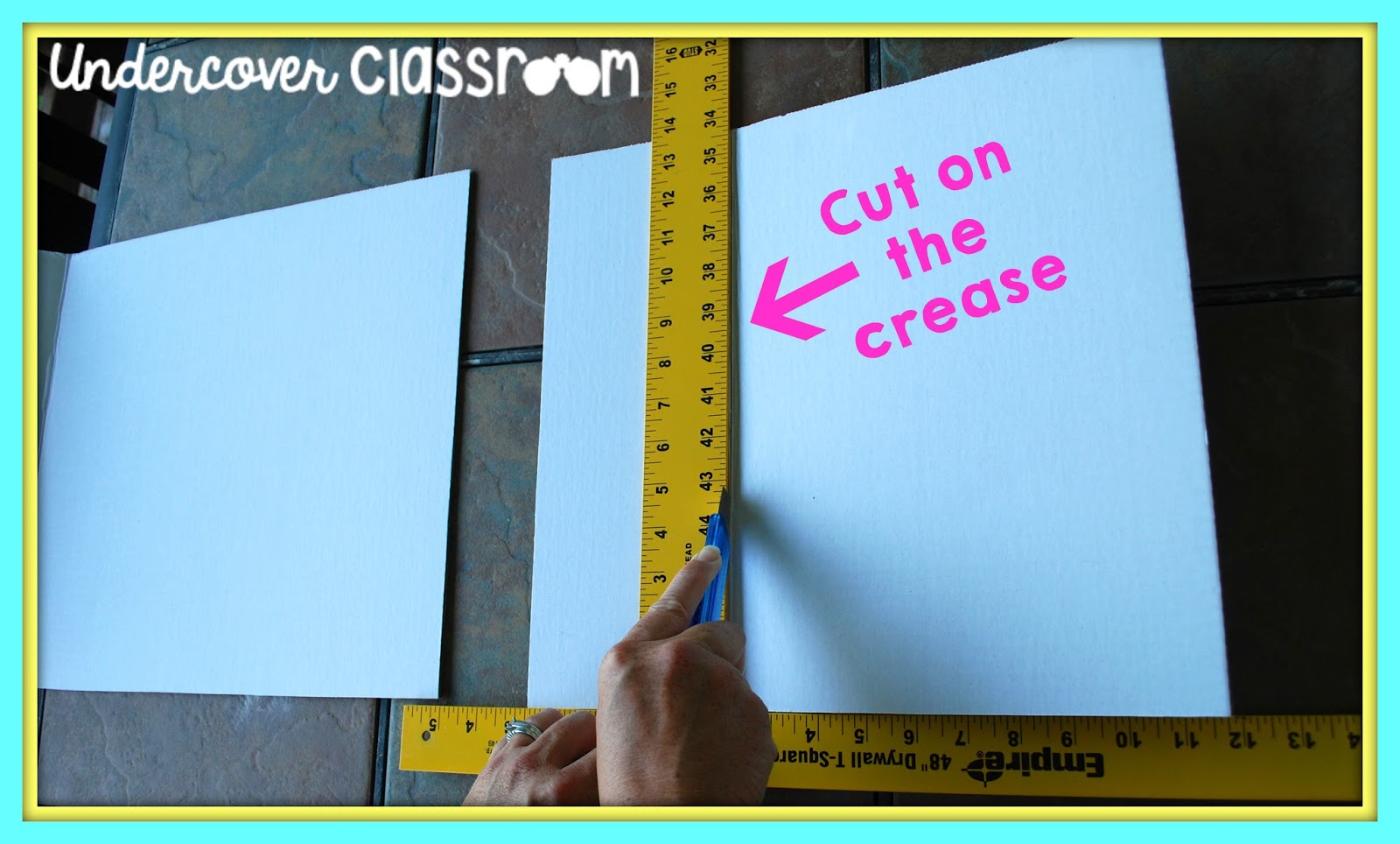 Get rid of that center piece. Or (in my case), give those pieces of cardboard to your kids so they can be creative. My daughter made three bird houses with those scrap pieces.

Then, use duct tape to attach the right side to the privacy folder. Balance it out by adding a strip of tape to the left side. I bought five rolls of patterned duct tape at the dollar store and also used some left over tape I already had at home from another project. 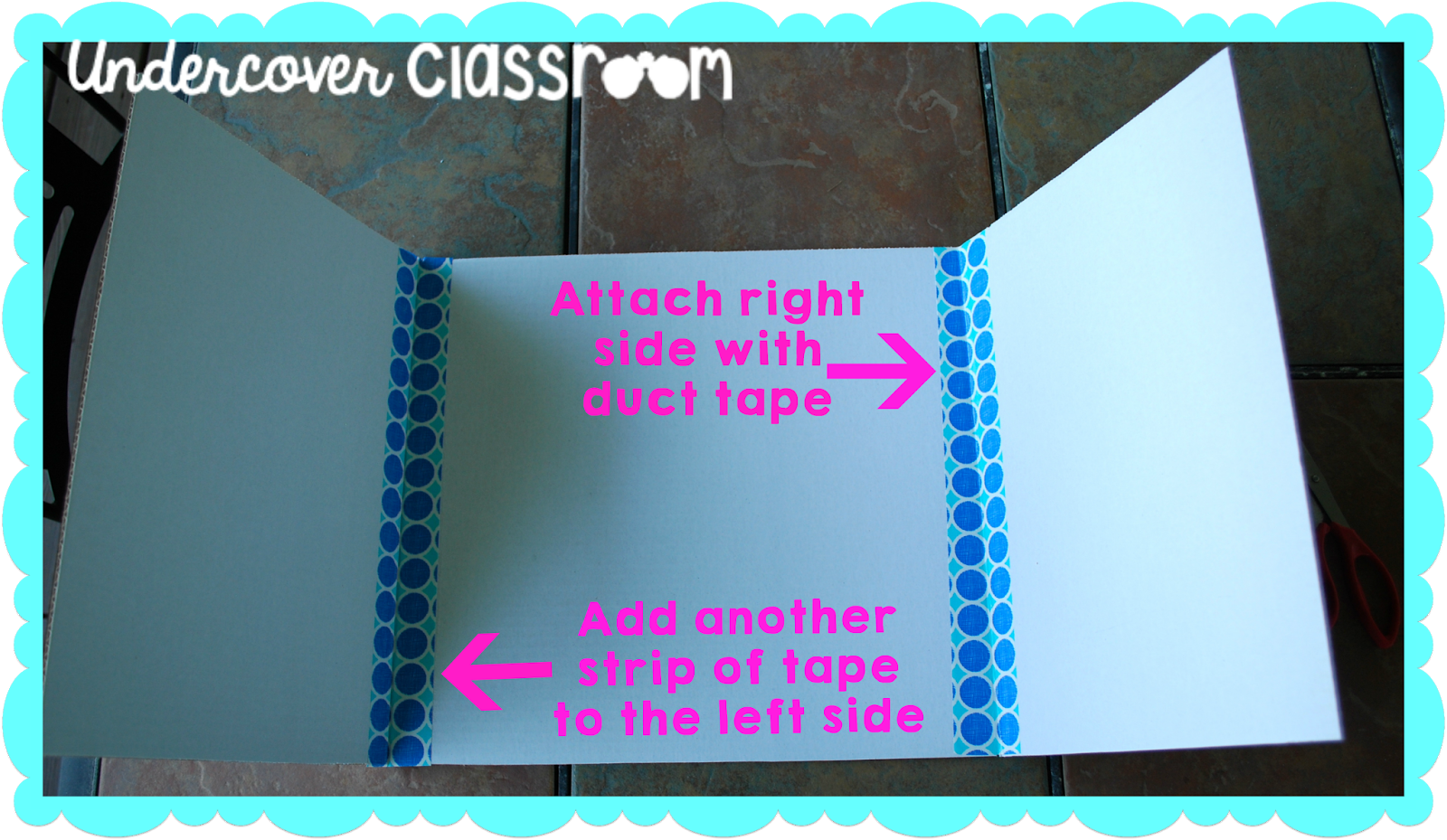 Now for the fun part! Spray paint the back (brown) side of each privacy folder. I used five cans of spray paint, plus a few half-empty cans I had in my basement. My husband just loves the new colorful look of his saw horses. 😉 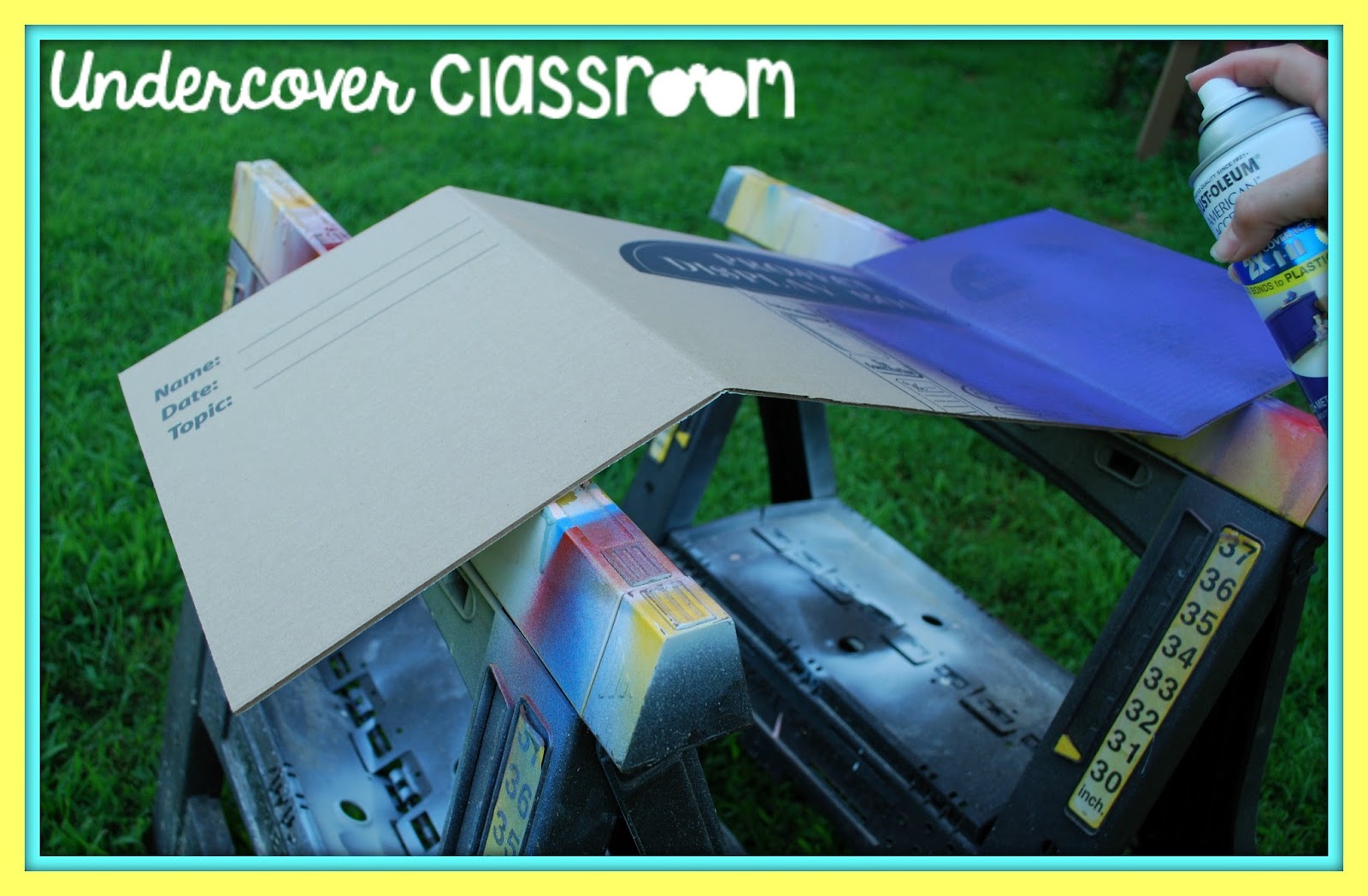 Let your privacy folders sit overnight so they are nice and dry. Then place a strip of duct tape on each of the two outer creases. 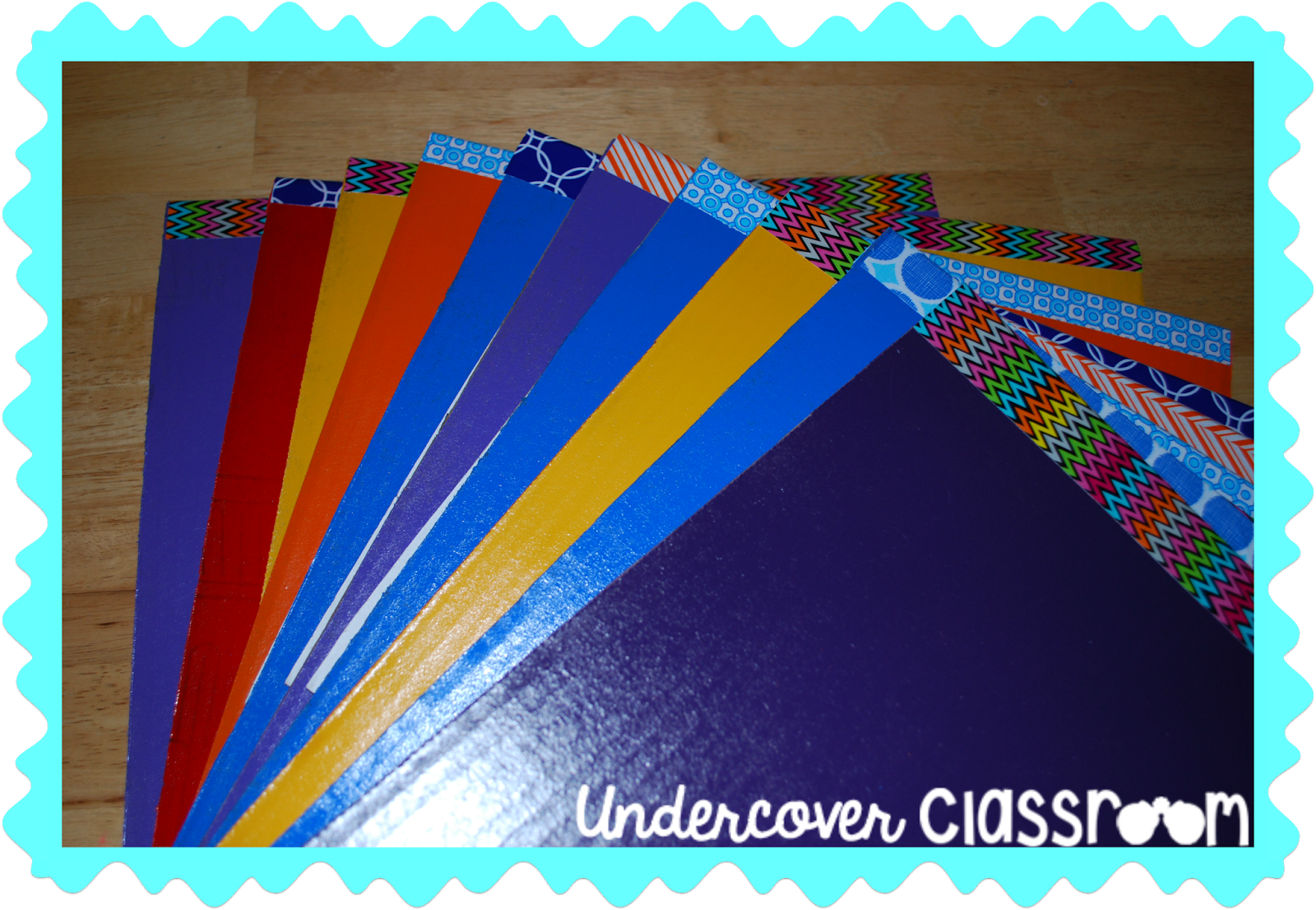 I worked on my privacy folders over a period of three days. It was a lot of work, but I am really happy with the results. Now I can tuck them away until September, as I enjoy the next two months of summer.

Thanks for stopping by!